The port only has four out of eight levels from the original, only retaining the first (named Ant Island in the port), second (Find The Hero), fifth (In The Dark Hole) and sixth level (Hang By a Thread). The bonus stage that occurs after the first level where you harvest all the grain is missing as well. The levels themselves remain mostly the same from the original. One notable removal from the original game is the falling berries. Because of this, Flik starts with 20 berries when you start the game rather than zero like in the original. Hang By a Thread also features Hopper flying in a specific pattern several times in the level. They may have been added due to the fact it's the final level in the port (notably Hopper's sprite is based on his flying sprites in the original) and the ending still makes mention of him.

The graphics and sounds are higher quality than the original, mainly to reflect the better capabilities of the Mega Drive systems. Some graphics and sounds were even taken from the Playstation/N64/PC versions, such as the "Game Over" screen, the level start screen, the leaf health meter (although not a direct rip but it seems based on that idea), and the sound samples which are notably lower-pitched. Flik also talks every time he defeats an enemy similar to the 3D counterpart. The background on the title screen is also taken from the Windows 95 wallpaper background, while the picture of the bugs in the intro is taken from the cover of the Bug's Life video game for the Sega Pico and mirrored. Some of the enemies, however, seem to be taken from Mr. Nutz and edited.

The music in the game doesn't seem to be from the original GBC game; the title screen theme is The City from the original movie, Find the Hero's theme is a rendition of the composition "Magnetic Rag" by Scott Joplin and Hang By a Thread's theme is the Outer Senshi theme of Sailor Moon. 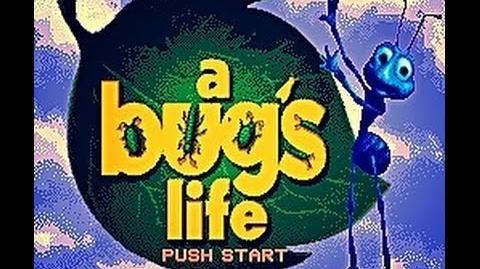 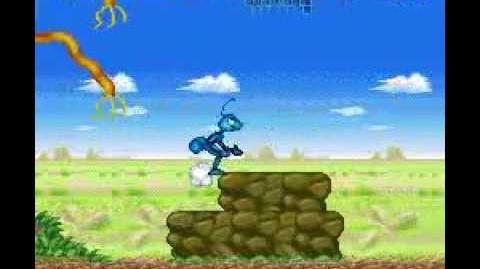