This article is about the Genesis version. For the NES version, see Action 52 (NES).

Action 52 is a multicart of 52 original games, developed by FarSight Technologies Inc. and published by Active Enterprises in 1993. It is considered to be of somewhat higher quality than the NES version, and contains more of a variety, introducing new game genres not previously presented in the NES version. 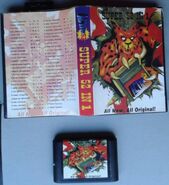 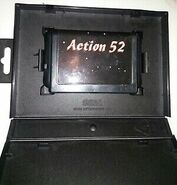 Alternate advert.
Add a photo to this gallery
Retrieved from "https://bootleggames.fandom.com/wiki/Action_52_(Sega_Genesis)?oldid=44807"
Community content is available under CC-BY-SA unless otherwise noted.