Angry Birds, also known as Angry Bird 3, is a pirated game for the Famicom based off of the mobile game. While the developer is unknown, it was most likely made by Nice Code.

The game follows the same story as the mobile phone game: There are 4 "acts", each with several levels. The mission is to destroy the pigs, who have stolen eggs from the birds' nest. In this version, there is only one kind of bird and one kind of pig. The music is lifted from the Nice Code game Star, and there are no sound effects. It was typically sold on multicarts as Angry Bird 3.

Another, non-copyright infringing version of the game exists, known as Angry Duck. Assuming Nice Code is the developer, this was likely meant to appear on plug 'n play systems made by DreamGEAR and similar companies.

Plants vs. Zombies utilizes the same engine as Angry Birds and retains a lot of the same music. The game does retain similarities with the original, but is quite sluggish in comparison. It contains less plants and zombies, but is a lot more faithful than the Angry Birds port.

Dance Gangman Style is a hacked version of Nice Code's Dance Dance Revolution clone Street Dance (further implying they're behind the ports), which removes the original ten tracks and only includes the song, Gangnam Style. Several of the dancers are replaced with PSY, and the background is ripped from another pirate, Cha Cha Amigo.

Two Angry Birds-themed hacks also exist, and are almost always released alongside AB3. A game simply titled Angry Birds or Angry Bird 2 has been seen on certain other Famiclones; it is a hack of Moai-kun. A lesser-known game known as Angry Birds 2 is a hack of Kiwi Kraze. 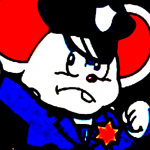 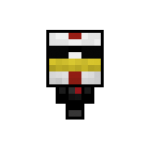