Angry Birds 2 also known as Angry Birds 4 is an unlicensed hack of The NewZealand Story for the Famicom and shares no relations with the Nice Code port.

The game starts with a title screen that features The Red Bird, along with The White Bird and Yellow Bird. The game starts off in the game's second world instead of the first one.

The game contains graphical changes, Such as Tiki being replaced by The Red Bird and some enemies changed into Helmet Pigs while one of the bosses are changed into The King Pig. 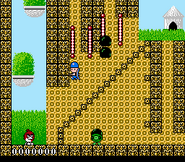 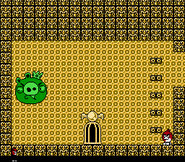 A multicart that features Angry Birds 2
Add a photo to this gallery
Retrieved from "https://bootleggames.fandom.com/wiki/Angry_Birds_2_(Famicom)?oldid=25197"
Community content is available under CC-BY-SA unless otherwise noted.