Despite Judge Bao is mentioned prominently throughout the game, he is, in fact, not the player character - the players themselves control one or two of Bao's servants (Gongsun Ce), depending on whether the two-player hotseat mode is selected or not. If the player pressed Select, he will summon one of Judge Bao's secretary Zhan Zhao to clear enemies on the screen.

The title screen music is a rendition of the opening theme of a television series on the same subject. 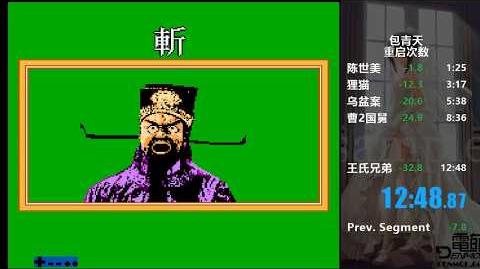