Bee 52 is a game for Nintendo Entertainment System; published by Camerica and developed by Codemasters.

In Bee 52, you play as Bee Number 52, one of many in the Hive, giving the task to visit the flowers, pollinate them, and collect the Nectar. After collecting some, you need to return it to the Hive to turn it into Honey. When the Honey jar is filled, the level is complete and you move onto the next level. Like many other side scrolling shooter games, you have to fight off enemies trying to stop you from completing your mission, which you can do either by Shooting them when they are straight ahead, or stinging them if you are above them. The Enemies include Ants, Spiders, Wasps, Grasshoppers and Frogs.

Power ups can be found by killing the Lighting bugs or visiting secret holes and includes the Sting Enhancer, giving a much longer reach, Power Shot, increasing your shot power, Bombs, which allow you kill every enemy on the screen at once, & Junior, a small bee that'll match your shot power, and take 1 hit for you.

Mostly, the game plays like many Space scroller games, but with a bee theme. 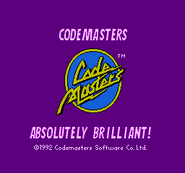 The typical version of the cartridge.
Add a photo to this gallery

Bee 52 - NES Gameplay
Add a photo to this gallery

Retrieved from "https://bootleggames.fandom.com/wiki/Bee_52?oldid=37776"
Community content is available under CC-BY-SA unless otherwise noted.