BootlegGames Wiki
Register
Don't have an account?
Sign In
Advertisement
in: Games, Games based on cartoons, Russian Mega Drive/Genesis games,
and 8 more

Chip 'n Dale Rescue Rangers 2 is an unlicensed Russian port of the Famicom game of the same name, made by BMB for the Sega Mega Drive.

This is a faithful port of Chip 'n Dale Rescue Rangers 2. The intro and ending are different than the original. The gameplay is identical to the Famicom version; the player can either be Chip or Dale, collecting RR tokens through side-scrolling levels. Like all games made by these developers, this game includes randomly selected music which changes whenever you die, or go off screen. The game contains 16 levels and one boss. A rendition of the Mortal Kombat theme plays during a boss fight. 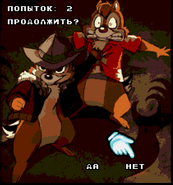 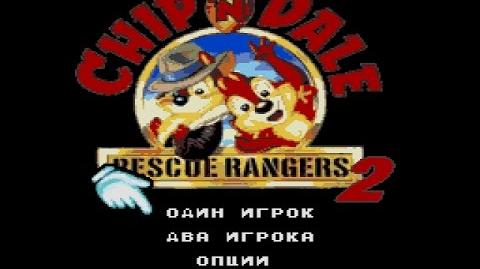