Several members of C&E are known to have subsequently worked for Hummer Team, including the programmer Silvers Lin and graphic artist Kathy Chen. 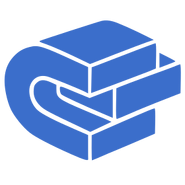 Another logo used in the early 90's.

Unreleased Poker game.
Add a photo to this gallery

Retrieved from "https://bootleggames.fandom.com/wiki/Computer_%26_Entertainment?oldid=40987"
Community content is available under CC-BY-SA unless otherwise noted.