Cony Soft, also known as Yoko Soft, is a pirate game publisher & developer who have primarily made pirated fighting games. They were around in the early to late 90's although it is unknown what happened to them afterwards. They are known for their frequent advertising in their games and having many aliases.

In Taiwan the trademarks for both "Yokosoft" and "Conysoft" are registered to the Hong Kong based "Wonderful Trading Company" (旺達富行公司), so the company's HQ or its publishing operations were presumably based there. However its development team was likely located in Taiwan.

Some games by the same developers were released under the names "Hosekn of USA" (possibly a misspelling of Hosenkan) and "Future Media" which may be other publishers or further aliases for Cony Soft.

These names all appear in various games' credits.

Published only (as Yoko)

Published by other companies or under aliases 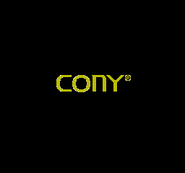