Crash Bandicoot is a game for the Sega Genesis that is made by an unknown company. It is based on Zero the Kamikaze Squirrel, but it's only a title screen, minor level design and sprite hack. Other than the character being changed to somewhat resemble Crash and the title screen being altered, nothing else was changed when compared to the original. Due to the title screen using the cover art of Crash: Mind Over Mutant, this hack was released sometime after 2008.

A Box, Manual and Cartridge. 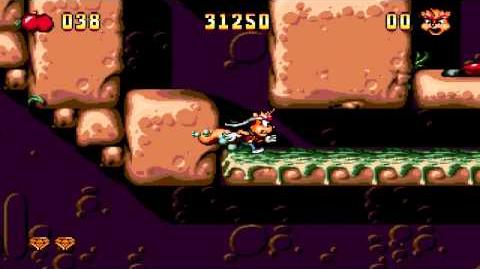 Crash Bandicoot (MegaDrive Portable Pirate)
Add a photo to this gallery
Retrieved from "https://bootleggames.fandom.com/wiki/Crash_Bandicoot?oldid=24789"
Community content is available under CC-BY-SA unless otherwise noted.