Darkwing Duck is a port of the NES version of Darkwing Duck to the Sega Mega Drive by an unknown company, but since it has the same bad controls as Felix the Cat, Mario 4: Space Odyssey, etc. It could be by the same company who developed those games, BMB. Another thing to keep in mind is the randomly chosen music when Darkwing Duck goes off the current screen.

This version is somewhat limited compared to the NES version. There's no stage select or bosses, and only 5 stages. Stage 5, for some reason, is split into two parts. There are also fewer enemies in the later levels and no balloons in Stage 2. The intro and ending are different than the original. Out of the game's soundtrack, only one of the random songs is taken from the original game. 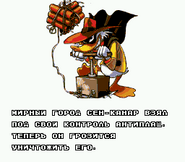 Intro Card, which translates to "A peaceful St. Canard city is taken by Negaduck. Now he threatens to destroy it." 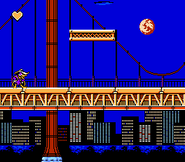 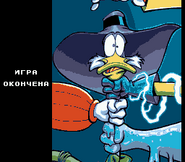 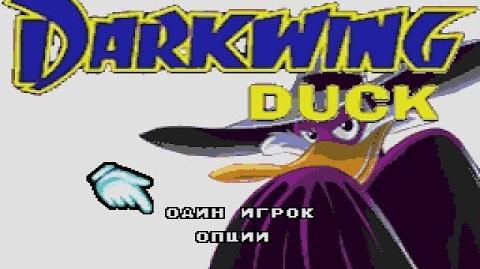