Donkey Kong 2 (驴子2) is an unlicensed game made for the Game Boy Advance, and was made by Sintax. The game uses the same engine as many other Sintax games, such as Crash Advance IV, Rayman IV, and Lord of the Rings IV. Due to this, this game games shares a good amount of its glitches with these games, mainly having to do with the audio.

Tour of the Forest level. 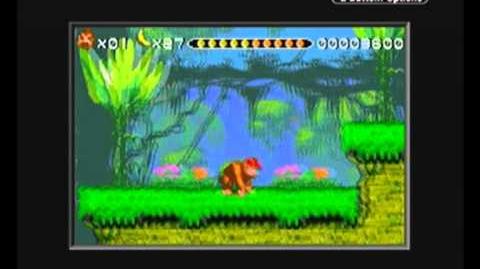