This game was released for the Game Boy Color in 2005 (if you couldn't read the title). From what was seen gameplay-wise, there was a total of 12 fighters. Almost all of them had misspelled names, such as Gohan now being Gohang and Freeza (Frieza) now being Fuliza. The graphics seem to be heavily based off of another Dragon Ball game for the Super Famicom, Hyper Dimension, with character portraits being identical to said game. Since the Game Boy family was only capable of having a total of 5 buttons per console, the game was extremely complicated to play.

The backgrounds are recycled from the Dragon Ball Final Bout pirate for Sega Mega Drive, and the "Pikolo" and "Tolanks" typos also come from that game, suggesting that this game may be based off of it. The soundtrack was fairly decent for a GBC game. The game featured several color failures as well. Since it was a GBC game, no one could really blame whoever made the game. The sound engine was stolen from Mega Man Xtreme for the Game Boy Color. 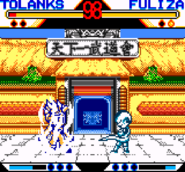 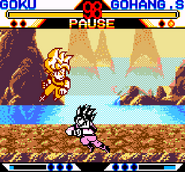 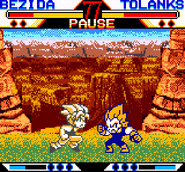 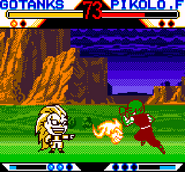 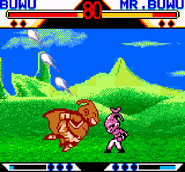 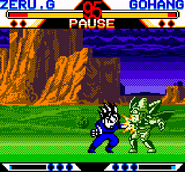 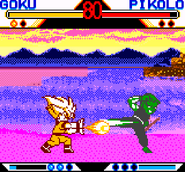 Add a photo to this gallery
Retrieved from "https://bootleggames.fandom.com/wiki/Dragon_Ball_Z_Fighting_2005_(GBC)?oldid=39613"
Community content is available under CC-BY-SA unless otherwise noted.