Felix the Cat (AKA The Cat Felix 3) is an unlicensed and pirate platform game developed and published by Dragon Co. in 1998. It is unrelated to Hudson Soft's official Felix the Cat title, released in 1992, but the gameplay of the two games is very similar.

The plot of the story is based off an old Felix cartoon called "The Goose That Laid the Golden Egg", where a pirate dog called "Captain Kidd" captures Felix' golden goose, Goldie (Felie Goose in this game), which lays gold eggs that can be transformed into real gold Felix gives to the poor.

This game was later hacked into The Hacker, released standalone by Nanjing and on some plug-&-play Famiclone systems, and then into "Super Hero", found exclusively on plug-&-play systems, such as DreamGEAR's 75-in-1 controller.

Upon starting the game, one can notice the poor controls. The D-pad moves, A is for jumping and B punches/shoots. By collecting hearts, Felix can transform into a knight, or have a car or a tank. Felix can also collect milk bottles or golden eggs which are equal to 10 milk bottles. After completing each stage, there's a cutscene that says "Felix makes up his mind to rescue his goose!" and Felix can be seen chasing Captain Kidd with the goose in his hands. Then the next level starts.

At the end of the first stage, there's a caveman boss that usually walks and jumps. Felix can stun it by hitting it several times until he defeats him.

After defeating Captain Kidd in the last stage and going to the right, a "The End" screen is shown with Felix and his goose, while the last stage BGM is still playing in the background.

These versions were likely created by Nice Code Software.

This version replaces Felix the Cat with a character resembling Neo from The Matrix with a ponytail, and completely changes the title screen and level graphics as well as some HUD graphics. The milk bottles were replaced by yellow stars, the golden eggs were replaced by Red Internet Explorer icons, and the hearts were replaced by computers.

It was released standalone on cartridge by Shenzhen Nanjing Technology Co., Ltd., where it has Chinese-language cutscenes, and also on various plug & play Famiclone systems without any cutscenes.

A further modified version of The Hacker, changing the titular hacker to a character whose head is similar to Buzz Lightyear's head from Toy Story. Most versions of Super Hero start on the second level of the game. Felix's knight suit was replaced by a laser outfit.

As mentioned above, Super Hero can be found as the second game on DreamGEAR's 75-in-1 controller. It is also commonly found on other DreamGEAR plug & play Famiclone systems as well as those by other manufacturers, such as Trump Grand, Qi Sheng Long or Macro Winners. 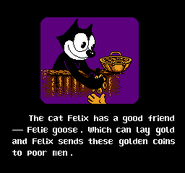 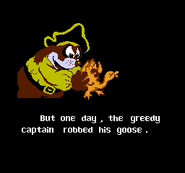 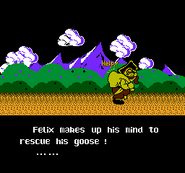 The cutscene that appears after the intro and defeating a boss. 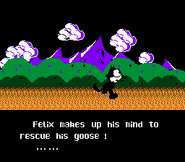 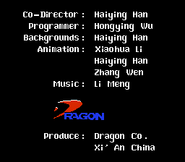 The credits screen that appears after the intro cutscene. 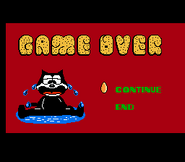 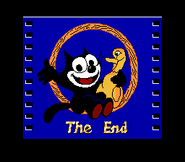 The Hacker cartridge.
Community content is available under CC-BY-SA unless otherwise noted.
Advertisement