Forest Adventure has a VT03 counterpart, Jumping Weald, which is similar gameplay-wise.

Forest Adventure is a generic platformer, and Nature Clan's objective is to go through forest stages and reach the end goal. He must hop on logs and tree branches to progress through every stage. There are two types of logs: one elevates Nature Clan to a tree branch, and the other acts as a raft on the water. Nature Clan can even collect diamonds to get points (similar to how Mario collects coins). Different types of diamonds, such as purple ones, appear in the later stages.

Nature Clan has five lives and will lose one if he falls in the water. After he falls into the water, Nature Clan respawns on the nearest tree branch. The player receives a game over if Nature Clan loses all of his lives.

There is a Bonus counter at the top-right corner, which decreases like a timer. This counter adds extra points to the player's total score after a stage ends. It is tallied up along with the number of collected diamonds after Nature Clan enters the red door at the end of every stage. The score is useless because it resets to zero afterward, but Nature Clan's number of lives are preserved.

Forest Adventure has an animated title screen. Upon start-up, Nature Clan hops off a branch from the left and onto a log raft. He waits for the player to press "Start". A gameplay demo plays a few seconds later if the player does not press anything. When the player presses "Start", Nature Clan hops on the branch to the right and walks into a red door in a tree. Then the game starts. 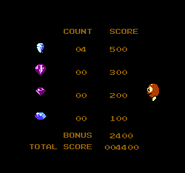 The total score for a level. 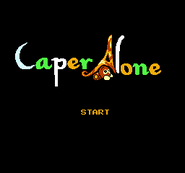 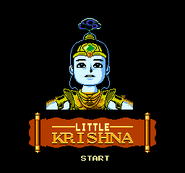 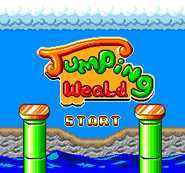