The Game Axe is an unlicensed handheld video game system made by the Taiwanese hardware manufacturer Redant, a division of Legend Technologies. It is sold in Hong Kong, Taiwan, and Japan. It is a portable famiclone that can play Famicom games, and by using the included adapter, American and European Nintendo Entertainment System games.

In the USA, one can only obtain the Game Axe through mail import. The price is somewhere around $150.00 + shipping cost, and the add-on adaptor needed to play NES cartridges runs an additional $10 – $30, depending on import realtor mark-up. Usually when ordering, it will come with two add-on controllers (slimmer than standard NES controllers but with the same functionality) that have standard A and B buttons as well as A and B turbo buttons, and the AC adapter. Many North American Game distributors know little if anything about the Game Axe.

The Game Axe is a hand-held direct port of Famicom and NES (with adaptor) games, and only the Turbografx and Sega Nomad handheld could do as such with its console games. It contains two controller ports at the base, an AC jack, and an RCA jack, to essentially make the Game Axe into a small version NES / Famicom Console system.

Issues with the NES cartridge adapter

Having to plug in the adapter into the top, and then the NES cartridge into that, the Game Axe suffers severe stability issues if playing NES games while holding the device. Any jarring of the hand held causes NES games to lose enough contact to freeze, turn off, or hang up. If NES games are the main focus of the user, it's best to simply use the Game Axe in conjunction with all external add-ons and play using a T.V. though as a hand-held Famicom it performs admirably (though in most cases one needs to understand Japanese in order to benefit). 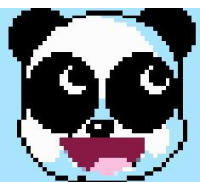 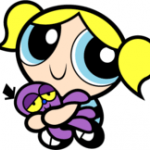