Garou Densetsu Special (Simplified Chinese: 饿狼伝说, Hanyu Pinyin: È láng chuán shuō, literally "Hungry Wolf Legend", a literal translation of the Japanese title) is a pirated port of Fatal Fury Special by Hummer Team, made for the Famicom in 1995. This is a port of the SNES version judging by the title screen music and the chomping wolf icon when selecting an option.

This version includes 8 characters and four repeats of each: Kim Kaphwan, Tung Fu Rue, Wolfgang Krauser, Ryo Sakazaki, Terry Bogard, Andy Bogard, Joe Higashi and Mai Shiranui. All of the characters are playable. Like some Hummer Team fighting games, the difficulty can be changed on the title screen. Unlike the original game, the characters don't get their own stages, instead they go in a preset loop throughout the game. As well as this, some of the characters' original stages aren't present in this game.

Cart with box
Add a photo to this gallery 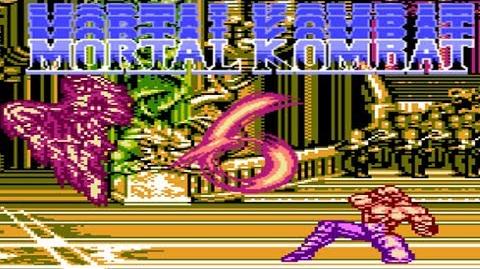 Retrieved from "https://bootleggames.fandom.com/wiki/Garou_Densetsu_Special?oldid=39343"
Community content is available under CC-BY-SA unless otherwise noted.