The game plays somewhat like a 3D Pac-Man clone, with a total of three isometric levels to play through. The levels take place in Hogwarts, the Forbidden Forest and an Arabian area resembling Agrabah more than any setting in Harry Potter. The player controls Harry Potter, who has to collect dots which move around the map while avoiding any enemies. The player can teleport if they walk off the edge of the map to another edge of it, which is decided at random. After beating the third level the player is sent back to the title screen, and it is unknown whether or not this is intended.

The music and sound effects are all done in PCM format, and are somewhat good quality for a Mega Drive game. The graphics appear to be pre-rendered of some sort, although there seem to be some tiling issues with the level layouts.

There exists a game very similar to this one named Pokémon II and it is unknown which game is a hack of the other. Here Pikachu replaces Harry, the first level becomes themed around bars/restaurants, and the second one is a copy of the one from Harry Potter but with an orange tint. The music in the first level of this game is a pitched-up PCM version of a song from Cool Spot for Mega Drive, which is not present in Harry Potter. 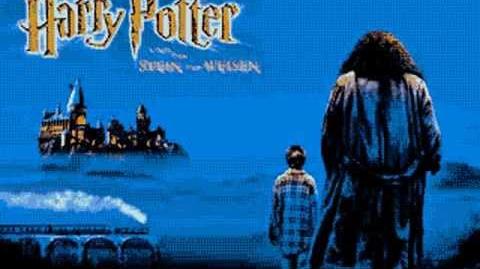