Harry Potter and the Chamber of Secrets

Harry Potter and the CHAMber of Secrets, not to be confused with the official game of the same name, is an extensive graphical hack of Global Gladiators, released by Glorysun. Most of the sprites and backgrounds have been replaced with characters and locations from Harry Potter 2.

The opening Sega and Virgin Interactive credit screens are blacked out.

While the options screen is still present, the ability to select the recycling minigame has been removed. Both characters are referred to as "Harr" and "Pott", and the only difference between the two is their hair color.

Cartridge in Japanese style shell, also referred to as "2". 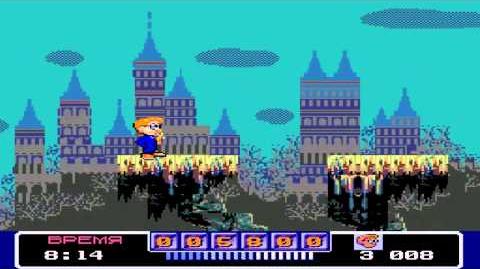