Intec, (Also all-capitalized as INTEC) was founded in 2000 and is based in Miami, Florida. Intec currently creates accessories for other systems, but is best known for creating their own low-cost system, featuring many games developed by Fuzhou Waixing Computer Science & Technology Co.,LTD, which shared a striking resemblance to Nintendo’s Wii due to it’s similarly styled controls, simplistic and small white casing and emphasis on motion controlled Sports games. The system was called the "InterAct". 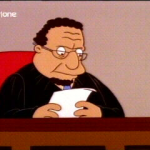