Madagascar: Operation Penguin is a Russian hack of a Sega Mega Drive game called Magical Hat no Buttobi Turbo! Daibōken, made by an unknown company. Some of the sprites are taken from the GBA game of the same name that was released in late October, 2005. According to the first screen, the story is that Madagascar broke apart, and the penguins have to save it. The game is only a title screen and graphical hack. 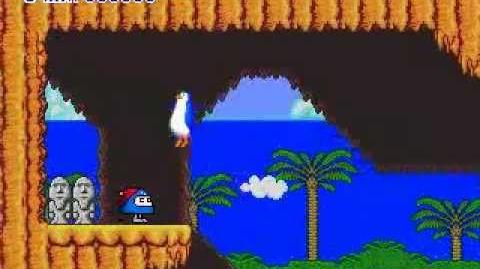 Madagascar - operation penguin for Mega Drive
Add a photo to this gallery
Retrieved from "https://bootleggames.fandom.com/wiki/Madagascar:_Operation_Penguin?oldid=38629"
Community content is available under CC-BY-SA unless otherwise noted.