Mi Hun Che (迷魂車), more commonly known as BB Car (屁屁車) or eventually Ecstasy Car and Super Car (奇妙車) is a port of Rally-X and New Rally-X made for the Famicom by Hwang Shinwei in 1988. It was originally published by Chi Chi Toy Co., Ltd under the Mi Hun Che and Super Car title. BB Car is a slight update released 3 years later, in 1991.

This game is a port of Namco's popular arcade games Rally-X and New Rally-X. The player drives around a giant maze while collecting flags and avoiding other cars until all of the flags have been collected. The player can also attack the enemies by dropping trails. Once the enemies crash into the traits, they will spin out for a few seconds and then go back to chasing the player. The player gets 3 lives, no continues, and a limited amount of fuel which decreases quicker while the trails are dropped. The graphics are similar to Rally-X and New Rally-X, but downgraded at points with the HUD being at the top of the screen as opposed to the right. The explosion upon losing a life appears as numerous tiny squares dotted around the player's car along with the music appearing to freeze briefly. Oddly, the car's trails' graphics change every level. The music isn't from Rally-X, New Rally-X, or in any of Hwang Shinwei's video games, and its origin is unknown. 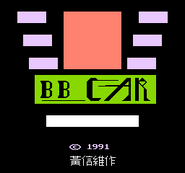 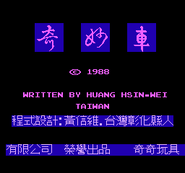 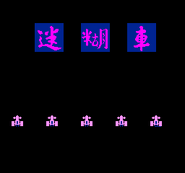