The game appears to be an extensive hack of Yu-Gi-Oh! Dark Duel Stories for Game Boy Color, though due to some differences in the game's general setup, it is possible that the game was built from scratch and is merely imitating that game. Card battles are much the same as in Dark Duel Stories, with your opponents being gym leaders from the original Pokémon Red and Blue games. Before you engage in battle with an opponent a scrolling screen with their sprite set over graphics from a town in Pokémon Red and Blue appears on screen. Cards you duel with have art of Pokémon on them, though palette issues cause a lot of them to appear discolored. 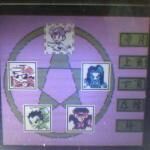 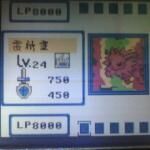 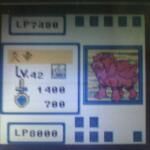 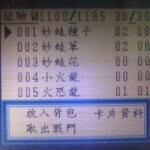 This game's version of the Pokédex. 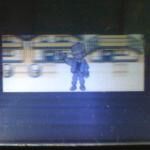