Mortal Kombat 3, better known by its mapper hack, Mortal Kombat 4, is a pirated fighting game that was developed by Hummer Team and published by Ka Sheng, with MK4 later re-released by ABAB Soft on a multicart. The game is based on Mortal Kombat 3.

The game only contains 7 different characters. They are Stryker, Liu Kang, Nightwolf, Kano, Sub-Zero, Shao Kahn, and Sonya. Like many of Hummer's other games, its hacks have a large amount of repeats, all of which have to be fought in the single player mode. All of the characters can pull off their special moves with these commands:

Only two tracks from the MK3 OST are in this port. (Player Select and The Bank) One of the tracks is the select music from Garou Densetsu Special with an added triangle channel. The title screen music is a truncated 8-bit rendition of the Superman theme, while another track uses the triangle channel from one of Jing Ke Xin Zhuan's tracks and edits it. All the other music in the game seems to be original, but the Kart Fighter ending music is also present in the ROM and not used in the game at all. 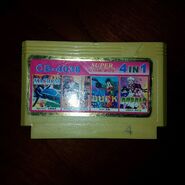 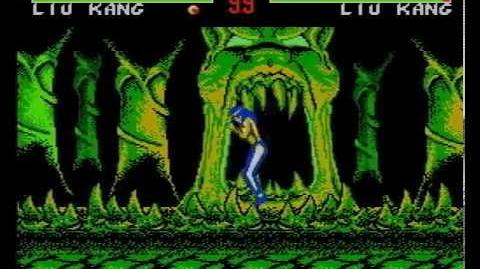 Retrieved from "https://bootleggames.fandom.com/wiki/Mortal_Kombat_3?oldid=42522"
Community content is available under CC-BY-SA unless otherwise noted.