Pocket All-Star is a relatively well known Chinese bootleg name that achieved notoriety in 2016 for being an odd mashup of multiple IPs, including Nintendo (for the most part) along with SEGA, Capcom, Konami, and Blizzard. The game was shut down early 2017, reasons listed as server issues/loss of money. Nintendo most likely had a part in it as well, as other bootlegs involving their IPs were shut down around this time too.

The gameplay consists of your unit and the enemy's unit. A character from your unit attacks (based on your direction as to where), and when they finish, a character from the other unit attacks. This goes on and on until eventually, one clears out the other unit. Typically (if you aren't playing Pit of Trials or the Arena) you only go through this twice before the stage is over. This can be over-complicated by the character's special attacks, team attacks, or Pokémon attacks. All of these are done through a character's gauge-meter filling up, which fills over time based on how much damage they do in an attack. Your characters can be upgraded through the loot you get when completing a stage (or by simply leveling them up), giving them stars (each character is defined in power by the level of stars they have, the limit is 5) or by "awakening" them at level 50, giving them more overall power. Of course, each can also be done through micro-transactions here and there, the main source of how the game made its money, which is why you could typically see players with absurd levels of power in servers.

The game carried a lot of modes and different ways to play throughout, most having to be unlocked. There is an Arena mode, where you're able to fight different people based on your power level. If you fight enough people, your overall ranking out of the players in the server moves up. There was a boss fight mode where on specific days (at certain times) all the players would be able to fight a health-packed boss for a few hours. There's a bounty-hunting mode (where you fight in the sky), a blimp where you fight players throughout every server, guilds where you could join forces with others and fight other guilds, and a few others with the same ideas in mind. At its prime, these modes were all usually very full and active, but around when the game announced it would be shutting down they seemed to come to a halt.

The game also encouraged that you buy things through micro-transactions, or a "top-up" as they described it. You could buy things like the in-game currency, green jewels, or things like characters (this was most notably shown through an advert in-game that teased Sonic The Hedgehog). or their VIP subscription that gave you free loot every day. This was all made unavailable around the time the game shut down, meaning players couldn't get more power as easily and had to resort to hard grinding for the rest of the game.

Not a lot is known about what went on behind the scenes. For what we know, Pocket All-Stars was allegedly developed by Biyan Chen. It uses an engine made by more2game and had multiple companies publish it through their play-stores. Originally, an unnamed company carried Pocket All-Star, as is in-game with the login system. Through time, this was changed, and it seems the official company to pick up the game was Muzhiwan. 9game also put this on their store, but it was promptly made unavailable once the game was finally shut down. Whether this was by their choice or, presumably, Nintendo's is unknown.

When the game was shut down, the developers made posts publicly asking players to play their newest game (with the same engine) Chaos Fighters 2 (or in this case, Fighter Utopia), an unofficial sequel to the original Chaos Fighters. This is where the confusion begins. It isn't known if Chaos Fighters 2 and Pocket All-Star are done by the same company, or if more2game and the creators behind Pocket All-Star are even loosely associated. There are a lot of copies of Chaos Fighters 2, and by extension, a lot of games that use the same types of advertising, and in some cases, the same art style and engine that are around, making it hard to figure out what the real story is, and no true information has been given on Pocket All-Star outside of Facebook groups and 9game posts. Fighter Utopia was shut down in August of 2018, but Chaos Fighters 2 still lives on and is still very active, still available for download on more2game's official website.

Screenshot from the English version of the game, illustrating the questionable translation quality. 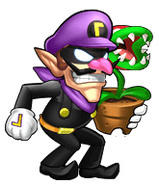