Pokémon Gold Silver (Chinese Traditional: 神奇寶貝 金 ＆ 銀) is a platformer based on Pokémon made by an unknown developer for SNES.

In Pokémon Gold Silver, you can play as either Chikorita (misspelled "Chokorita") or Waninoko (Totodile) through a total of four stages and a final boss fight against Mewtwo. Since the game uses the same engine as Digimon Adventure and Pocket Monster, the gameplay is identical in control and physics. Although there is a character select screen at the beginning, the player can switch between characters freely by pressing Select. Chikorita can temporarily fly by tapping A while pressing A as Waninoko makes the screen flash and freeze nearby enemies for a short period.

Aside from enemy and character sprites, most graphics appear to be stolen from various sources. Among the more obvious is the background of Level 2 being taken from the intro of Seiken Densetsu 3 (Trails of Mana), and the entire fourth and final stage being copied from the second level of Pocket Monster II. Some of the enemies including the Butterfree, Pidgeot, and Oddish sprites are also directly from Pocket Monster II, which could mean the game shared the same developers.

The music are stolen from Bonkers from SNES.

Alternate label, with the Chinese for "Gold Silver". 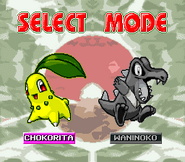 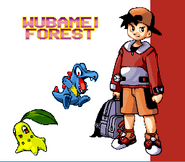 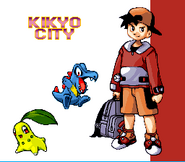 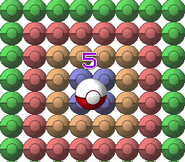 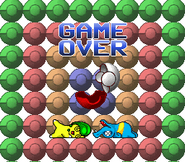 Game Over screen.
Community content is available under CC-BY-SA unless otherwise noted.
Advertisement