The Power Kracker is an NES-On-A-Chip console that was made to look like the Xbox 360 controller. It is unknown who made the console.

First appearing around 2011, the Power Kracker appears to include two controllers and a light gun (referred to as the Power Gun). Like many consoles with build in games, the Power Kracker claims to have a large number of games (76000 games, reportable) but really comes with a much smaller range repeated. It is reported to be a common Famiclone to find in American Swap Meets/Flea Markets.

The 'Console' controller features 4 button lay out with symbols based on the PlayStation (Circle, X, Square, Triangle) with two extra buttons next to them, a Reset, Start, and Power buttons, along with a D-pad and Analogue stick. The Second Controller is simpler, but smaller and without the Power, Reset and Start buttons or the Analogue Stick.

The front of the box shows an explosion, the current year of release, and the controllers it includes. The back of the box shows 3D graphics and screenshots taken from other games, and a uncredited review claiming "The most impressive TV Game Machine made yet". It also shows the button layout for the main Console controller. Claiming to be Made in China, the Box features English only text.

While the console claims, 76,000 games, 73 are known, with a series of repeats. The Known Game titles on the system, which are repeated with different 3 letter codes are (complete with spelling mistakes, note some of these may not be the real name from the games, as they are taken from the in-game menu):

The Power Kracker will sometimes be unable to power on, and the console would reset by itself. Many of the included games on the game selection menu had renames (example: Tekken is Karateka, Toy Story is Circus Charlie, etc.) Another issue is that (this always happen on pirate consoles) the copyrights and (sometimes) the title screen is removed/edited, possibly to avoid lawsuits. (example: the title screen for Mario Bros. has been changed to "Mr. Mary") 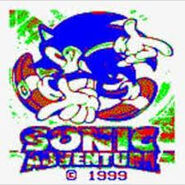 The backside of the Power Kracker's instructions, for some reason, the instructions say to keep object away from children under... 12?
Add a photo to this gallery
Retrieved from "https://bootleggames.fandom.com/wiki/Power_Kracker?oldid=17415"
Community content is available under CC-BY-SA unless otherwise noted.