Pyramid is a puzzle game developed and published by Sachen in 1990. It first appeared in Dong Dong Nao 2 as a minigame but then got an independent release later on. The overall mechanics are similar to Tetris but the pieces are typically triangular shaped (or half-squares.)

The story in the Taiwanese release is that you are a scholar out to discover the mysteries of the pyramid. The AVE/HES releases mention the player being Dr. Otto Spetalbonky discovering the ancient games in the tomb of Queen Lera-Di'-Ty/The Queen of Fun once played by Egyptians.

The gameplay is the same as Tetris': fill a horizontal row with pieces to clear that row and earn points, with more being given if multiple rows are cleared. However, only two rows can be cleared at a time but the trade-off is that the player will earn a bomb (which is used for clearing excess blocks) in doing so. Bombs can pose problems, as they explode in a 1x1-square cross pattern meaning they can create hard to fill gaps if used in narrow stacks.

There's two different versions of the game that exist: the regular version released throughout most of the world and the Hacker International release. The Hacker versions gives adult art of Cleopatra (though it could be the aforementioned Queen of Fun) drawn by Yoshimasa Watanabe plus three additional bombs while the regular versions simply give you the extra bombs with no cutscene.

This game was also ported to the Watara Supervision along with several other early Sachen titles. 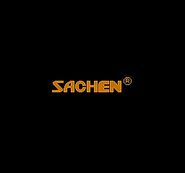 Original cartridge.
Add a photo to this gallery

Retrieved from "https://bootleggames.fandom.com/wiki/Pyramid?oldid=40995"
Community content is available under CC-BY-SA unless otherwise noted.