BootlegGames Wiki
Register
Don't have an account?
Sign In
Advertisement
in: Articles with empty sections, Games, Famicom/NES games,
and 4 more

Raid 2020 is a bootleg game for the NES. It was released only in North America and Australia in 1989 and 1990, respectively. The cyberpunk genre was a big inspiration for the games’ aesthetics, world and style.

The objective of Raid 2020 is to eradicate drugs from the streets of America by defeating all of the drug dealers, including the drug lord, Pit Bull. As agent Shadow, the player faces a dystopian future world where moral collapse is inevitable. He is described as representing the last remnant of uncorrupted law enforcement. 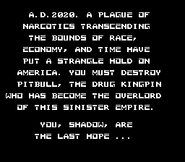 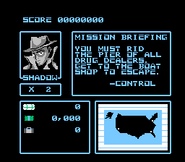 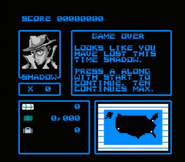