Shen Qi De Mao Zi is a backport of The Legend of Zelda: The Minish Cap on the Famicom. It was published and developed by Shenzhen Nanjing.

This game has a title hack where the title screen is changed to The Phantom Hourglass.

The game follows the story of the Minish Cap, albeit the text is in Chinese. The gameplay has puzzles, and its battles are now a turn-based RPG, unlike the original which was an action-adventure game. The biggest problem is that the enemies level up with you, so they always end up being stronger than you. Therefore, the game is practically unbeatable.

The game starts with peaceful music, and Link and Zelda talk for a while, before extremely intense music plays, although nothing wrong is happening, much like Feng Yin Dao Zelda, a backport of The Legend of Zelda: Link's Awakening. Zelda, an old guy, and Link talk for a while, and then Link must follow Zelda around. Once the game starts, the player will notice that it is a turn based RPG instead of the normal Zelda action RPG with enemies that scale to your level. The game doesn't really tell the player where to go, making the player wander around, fighting enemies that are stronger then Link is, and dying. 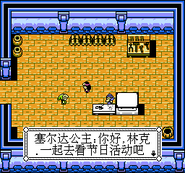 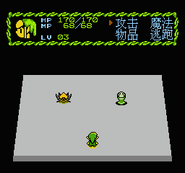 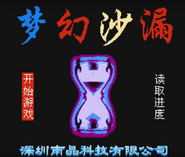 The title screen of The Phantom Hourglass hack.
Add a photo to this gallery
Retrieved from "https://bootleggames.fandom.com/wiki/Shen_Qi_De_Mao_Zi?oldid=40804"
Community content is available under CC-BY-SA unless otherwise noted.