The game is loosely based off the original game, and it shares the same characteristics of other Nanjing RPGs, since they share the same engine. The battle system here isn't implemented properly; the game treats the battle layout as a standard RPG battle but still relies on the gauges from the original active battle system the game uses.The game only goes up to the fight with Magus, whose battle is cited as being near impossible due to requiring near-frame perfect inputs even with maxed stats.

The sprites are custom and/or recycled from other Nanjing games; most notably Rhyhorn (recolored green) and Beedrill show up as enemies in the game.

The boxart. (Pic by maxzhou88)

The cartridge. (Pic by maxzhou88) 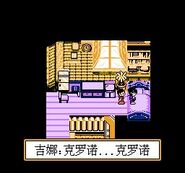 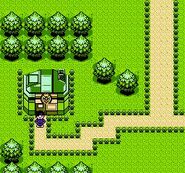 Gameplay outside.
Community content is available under CC-BY-SA unless otherwise noted.
Advertisement