Silent Assault stars a commando who, being the only person not under their control, must rescue Earth from a race of brainwashing aliens. The game is a fairly linear action game, only scrolling from left to right. As the player progresses through the game's eight stages they can collect three kinds of weapons (bazooka launcher, shotgun, and a machine gun), health pickups, grenades, and invincibility medals. The bazooka launcher and machine gun are mostly the same, but the shotgun can fire three bullets at once in a spread fashion (the spread narrows as the weapon gets downgraded) and all the weapons become slower and have a shorter firing rate when the player takes damage. 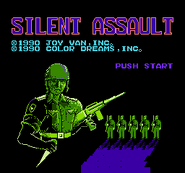 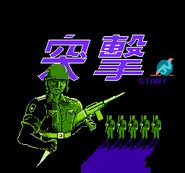 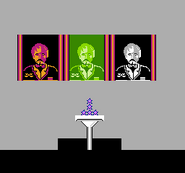 Another image of Silent Assault's ad.
Community content is available under CC-BY-SA unless otherwise noted.