The inclusion of Gowin's mono games seems to point to a connection between these games and Vast Fame; they also share, for example, the use of PC Paint fonts. Gowin's colour games are entirely stylistically different to their mono ones, so it may be the case that their mono games were developed by a separate team that later became, or at least shared some staff members with, Vast Fame. 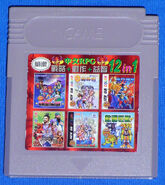 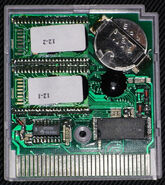 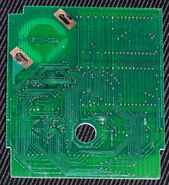 Back of PCB
Add a photo to this gallery

Retrieved from "https://bootleggames.fandom.com/wiki/Silver_Version_12-in-1?oldid=10284"
Community content is available under CC-BY-SA unless otherwise noted.