Sky Dreamer is a game in the Nature Clan series, developed by Nice Code. It also has a VT03 variant, with entirely different music and graphics, but the main goal is the same.

Sky Dreamer runs on a similar engine to Dragon Co.'s games, and the background music is a rendition of the Pitfall II theme.

Sky Dreamer is another platformer in the Nature Clan series. Nature Clan's goal is to reach the end of the stage. He can also find fairies to collect apples, which in turn can be taken to statues that either grant health or a shooting power up. 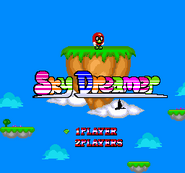 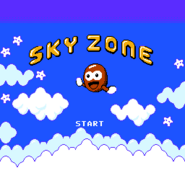 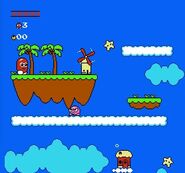