The hack uses the European version of Cool Spot as a basis, as said version removed the 7up references from the game, SpongeBob doesn't have them either. The hack is also in Russian and starts at Wading Around (the fourth stage in the original game) instead of Shell Shock. The rest of the levels are in a different order and the beach ones take place at night. Strangely, the bonus levels are replaced with repeats of levels that were just completed.

Possibly the box(?)
Add a photo to this gallery 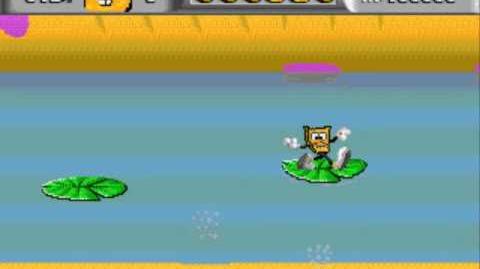