Squirrel King is a pirated game which resembles Chip 'n Dale: Rescue Rangers for the Famicom, made by Gamtec for the Sega Mega Drive and SNES in 1995.

At some point in the 2010s, Piko Interactive acquired the rights to Squirrel King. It is likely that Piko purchased the rights from Super Fighter Team, who themselves purchased some (all?) of Gamtec's library several years prior. Through Piko's license, Squirrel King has appeared on the following consoles and services.

In some models of the AtGames Legends Ultimate arcade machine, Squirrel King appears as one of the built-in games. This inclusion is particularly bizarre, as the Legends Ultimate machine has official Disney-licensed games built in as well; among titles from companies like Atari, Jaleco, and Data East (G-Mode). It is unknown if the game was altered in any way, or if it was left untouched from the original. Barver Battle Saga: Tai Kong Zhan Shi and several other unlicensed Mega Drive games from the 90s also appear in the official game list.

Squirrel King - as well as the SNES port, Squirrel - would later be added to the Antstream Arcade streaming service. Both games have had no modifications made to them whatsoever; even still referring to the playable characters as Chip and Dale on the title screen (and in promotional material). Several other Gamtec games, including Magic Girl, are also available on the service - alongside licensed games from numerous other publishers. 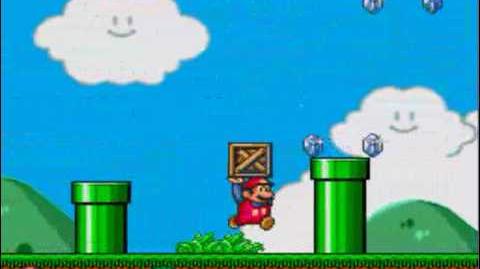