Street Fighter II: The World Warrior is an unlicensed port of the fighting game of the same name, developed by Hummer Team for the Famicom and published by Yoko Soft in 1992.

The game is a simplified version of the original Street Fighter II. The player can choose from 4 characters: Ryu, Chun-Li, Guile and Zangief. There is also Vega (M. Bison in Western territories) as the final boss, although his name is misspelled as "Viga" in this game. They all have their moves (although Zangief's Spinning Piledriver seems to be missing). Like in the original version, the player fights through the other selectable characters (here in a preset order), eventually reaching the final battle with M.Bison/Vega. The player only gets one continue, unlike the official game. 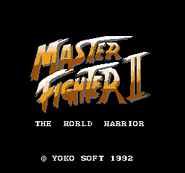 A cartridge manufactured by Dynacom. 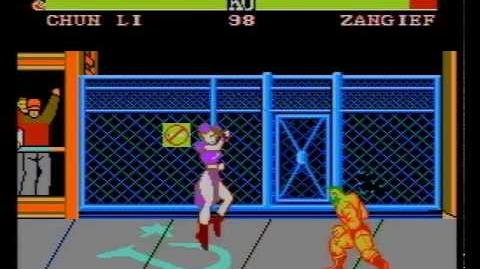 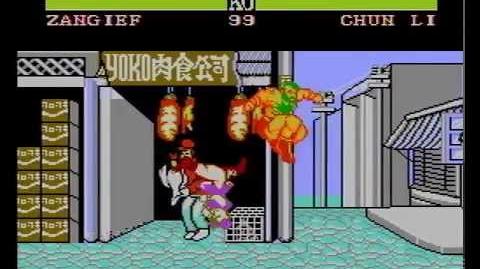 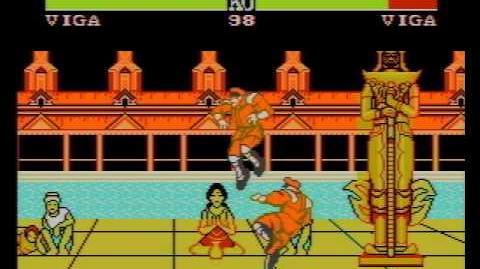 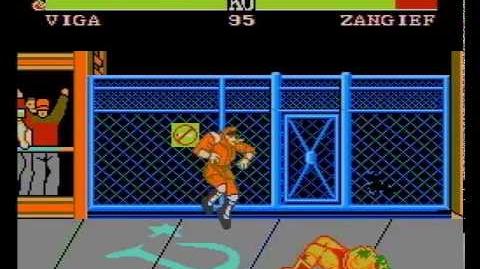