The goal is to manage Noah's deeds in his ark for six days (i.e., episodes) by making a lot of nervous animals fall asleep. Despite the context, this game retains the same gameplay as the original Wolfenstein 3D, complete with secret walls and treasures; all levels in Super 3D Noah's Ark are new.

Gameplay differences between both versions are slight, with this game's interpretation of a rocket launcher (melon catapult) making an appearance on the PC as well. Although there is one considerable difference: the PC version has "Bible quizzes" which appear in many other Wisdom Tree games, where the player gets their health and ammo refilled in case the answer is correct. As well as that, this TC has more levels than the SNES port of Wolfenstein 3D, where there were three floors per episode. At the same time, the number of maps in both versions of Super 3D Noah's Ark are considerably smaller than in the actual Wolfenstein 3D. 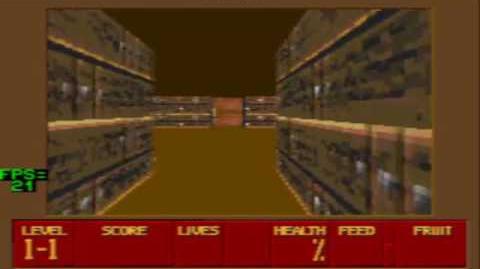