Super Boy 4 is the fourth and supposedly final game in the Super Boy series by Zemina. It was released on December 20, 1992 exclusively for the Sega Master System. The game is infamous for the Glove powerup, which turns Super Boy black.

Super Boy 4 again changes Super Boy's design, this time not being based off of Mario. The graphics, however, are still ripped from Super Mario World but with reduced color depth due to the Master System's technical limitations. Despite this, they are an improvement on Super Boy 3s due to the Master System having better graphical capabilities than the MSX or SG-1000. All sound effects and some of the songs are recycled from Super Boy 3. The game's items, unlike the first three games, are not randomized.

Similar to Super Boy 3, featuring the same physics and basic gameplay engine. The powerups and enemies are the same, but more detailed. The controls are notably poor, probably due to poor programming. There are also a few known glitches in the game, such as Koopa shells getting stuck, Super Boy himself getting stuck, and that invisible items can be stood upon (therefore revealing their position).

Back of the Mega Drive box.

Front of the Master System box.

Back of the Master System box.
Add a photo to this gallery 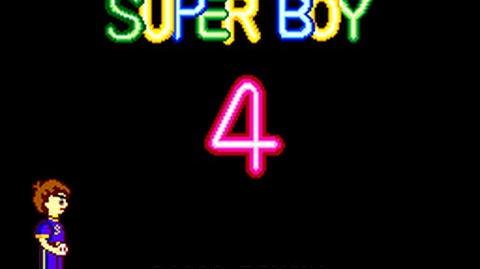 Retrieved from "https://bootleggames.fandom.com/wiki/Super_Boy_4?oldid=42452"
Community content is available under CC-BY-SA unless otherwise noted.