Super Lion King is a Famicom port of Disney's The Lion King, originally made by Westwood for Sega Mega Drive, created by Super Game and published by Realtec at an unknown date (1995 or early 1996). It's also known to be Super Game's first port.

This bootleg port is widely considered to be more accurate, faithful, & playable to the original Mega Drive game, compared to the official port developed by Dark Technologies and published by Virgin, despite that version including The Stampede, The Elephant Graveyard, and Exile levels not available in Super Lion King. In turn, though, the bootleg does include the levels after Hakuna Matata as opposed to Dark Technologies's version.

Two versions of this game exist; the full one retains the Bug Toss bonus stage (and shows the "Super Game" splash screen a bit longer), while the mapper 4 version (more widespread and more popular on the newest pirate reproduction carts) doesn't. 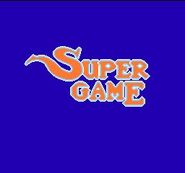 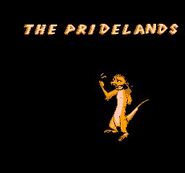 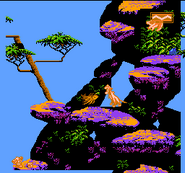 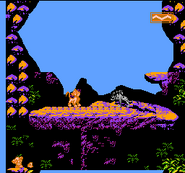 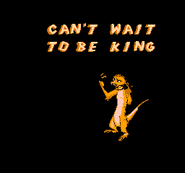 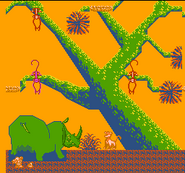 Another Box and Cart (Back).

Sugar Softec logo.
Add a photo to this gallery

Retrieved from "https://bootleggames.fandom.com/wiki/Super_Lion_King?oldid=45141"
Community content is available under CC-BY-SA unless otherwise noted.