BootlegGames Wiki
Register
Don't have an account?
Sign In
Advertisement
in: Games, Games based on cartoons, Famicom/NES games,
and 11 more

Unlike the original game, it starts up with the option of choosing between four pairs of characters, all of whom behave identically:

Mario's sprites are edited from Super Mario Bros. 3, but Sonic's are completely custom and poorly drawn. The Chip sprites were reused from the original game.

In the character selection screen, the "SUPER" portion was taken from the original Super Mario Bros., "MARIO" from Dr. Mario and the " 'N" and "2" from Chip 'n Dale Rescue Rangers 2. The SONIK word uses a custom made font.

The title screen for the game reads Disney's Hi 'N Al Rescue Rangers 2, alongside a Chinese translation of the game's name. The original version of the game is broken, as it crashes after defeating the first boss, making the rest of the game unplayable.

Another cartridge, with Sonic the Hedgehog using a recolored Tails artwork.

This is from a cartridge found in Bulgaria, with Mario wearing a blue hat and stolen artwork from Sonic Drift. 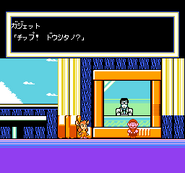 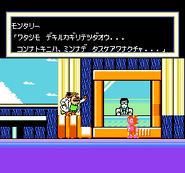 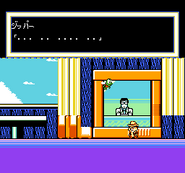 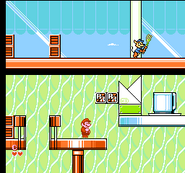 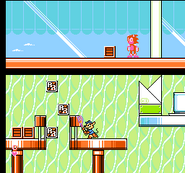 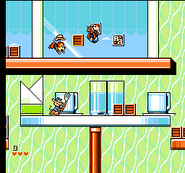