BootlegGames Wiki
Register
Don't have an account?
Sign In
Advertisement
in: Articles in need of images, Games, Game Boy Advance games,
and 4 more

Super Mario DX (马里奥DX) is an unlicensed game for the Game Boy Advance. It was developed by Sintax and uses the same engine as Sintax's other GBA platformers.

The gameplay is identical to Sintax's other GBA platformers and because of that, it doesn't play like a traditional Mario game. You control Mario through 6 levels total, collecting coins and fruit. You can attack enemies by jumping on them or by shooting fireballs at them without the need of a Fire Flower. The graphics are stolen from various sources, mostly from Super Mario World: Super Mario Advance 2. 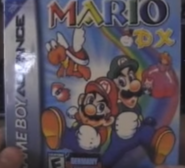 The manual for the game. 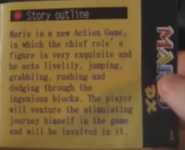 The story inside the manual.

Title screen of the Chinese version.