The player can play as one of the four turtles (Leonardo, Michelangelo, Donatello, and Raphael), who all function the same. You use the A or C button to attack and the B button to jump, after you jump you cant change your direction, similar to Mario 4: Space Odyssey and other BMB games. The enemies have very basic AI, and there can only be two of them on the screen. Like most BMB games, the music is taken from TFM studio and the sound driver is from VGM. The music is randomly selected whenever you start the game or lose, although sometimes Stage 6 doesn't have any music at all. Overall this game is very similar to Ben 10, which has the same game engine and playlist. 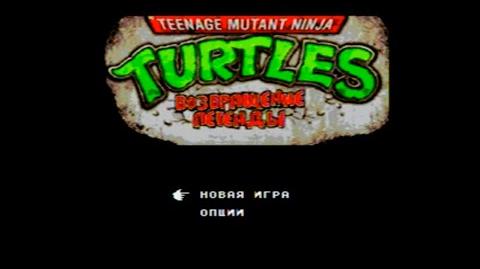