The Adventures of the Gummi Bears (Приключения Мишек Гамми [Priklyucheniya Mishek Gammi]) is an unlicensed Sega Mega Drive game developed by BMB. The game is apparently based off the Disney Afternoon show of the same name, yet the game actually has little to do with the TV show, except for the main character, who is one of the titular Gummi Bears.

The cartridge was released some time in 2014, yet the full release date is currently unknown (suspected to be the end of July).

The game's title screen has a poorly done Mega Drive version of the 'Corneria' theme from the Super Nintendo Entertainment System game "Star Fox/Star Wing". The game is a 2D Platformer, where you play as one of the characters from the TV show, Cubby, inexplicably collecting pink dots, which according to the screen after the title with just words are the gummi berries, which are used to cook gummi berry juice, similar to the show.

Game Over!
Add a photo to this gallery 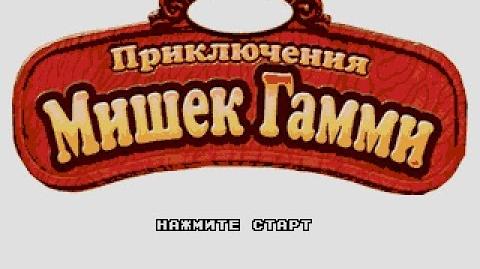 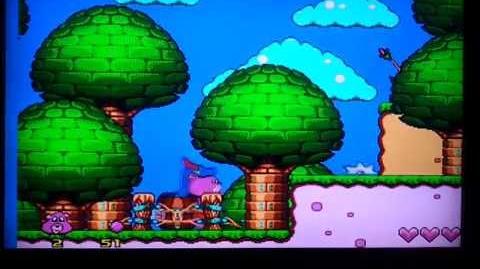 Mega Drive game from Russia 2014
Gameplay footage.
Add a photo to this gallery

Retrieved from "https://bootleggames.fandom.com/wiki/The_Adventures_of_the_Gummi_Bears?oldid=30693"
Community content is available under CC-BY-SA unless otherwise noted.