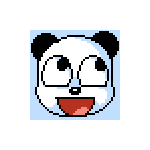 Hello, it's me JP Ronny going under an old username on here cause I can't change it AFAIK.

Hey, thanks for putting the rest of the articles in the categories for me. I appreciate it a lot - KingPepe

No problem. Can't say I'm experienced using Wiki sites but I'm just porting over the articles from the old one before we get rid of that. - Cheetahmen92

Cheetah, I just got a piece of top secret information. Meet me and Space in Skype or say if I have to throw it via YouTube PM. Signing off, N. CrashKurashi Nikkeru 16:21, June 8, 2010 (UTC)

Well you can find them on eBay every now and then, and possibly in certain stores if you live in places like Taiwan or eastern Europe. (And by possibly, I mean that I don't know because I don't live there) Not sure where to get Somari myself, TBH.

Hey, thanks for adding more infomation on my Super maro special 3 article

hey dude im going to record the whole 186 in 1 cart today but its going to be in a quick and crap video.

Hey, could you try to help out on the Wikia, please? We're in need of your assistance.

I'm the webmaster from glukvideo.info

But I have a question, You've added: 3 in 1 Cartridge

to it's games but I have no proof of that, I've seen it also on nintendoage, where there are two images:

None of them show the Gluk logo or similar and the first one has a label in ITALIAN.

So I would like to ask, is there any other proof that this game was published in spain under the gluk label?

Hello, I'm glad that you appreciate me making an article on Gluk. :)

I had assumed that Gluk had released it as some of their games use the same cartridge design and I hadn't heard of any other European publishers that would have used it. I hadn't actually seen that picture with the Italian sticker on it though, maybe there's an unknown company in Italy that also imported unlicenced games but as I don't know I can't confirm or deny that. I'll remove the multicart off the game list for now at least.

I have this game (Super Mario Kart) bought on the cartridge in 2001. You have removed the video, well, then it's your problem.

Never mind, I already got it

I believe that hacks of any sort should only be included on the wiki if they were distributed by pirates, and even then in some cases they should probably be grouped into one page. Apologies for the late reply btw x_x JP Ronny (talk) 15:38, September 30, 2016 (UTC)

Retrieved from "https://bootleggames.fandom.com/wiki/User_talk:Cheetahmen92?oldid=24134"
Community content is available under CC-BY-SA unless otherwise noted.