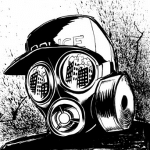 Hi, welcome to BootlegGames Wiki! Thanks for your edit to the Contra Spirits page.

Please do not say that primitive should be called primitive and primitive woman uses levels not used in the other. Because i know that by watching a video of primitive's ending on youtube. And by watching a video of the powerjoy version of both primitive man and primitive woman that primitive man just contains jerry's levels from tom and jerry 3 and primitive woman just contains tom's levels from the same game. So no more editing this information please because i know it is accurate. Also please don't edit the information about gardman being a sprite hack of wonder rabbit by nice code. Because it shows me it is a sprite hack by looking at the respective page with screenshots of the game the hyperlink beside it takes me to. Also please don't edit the information about the games that are unknown/unconfirmed possibly being released by a shenzen jncota because i know at least pocket monsters diamond and pearl were developed by shenzen nanjing just shenzen jncota published their games.

Because i loaded up pokemon diamond chapter 2 on a emulator and took a screenshot of the heggendianzhi copyright screen which displays in their pokemon leafgreen by looking at a youtube video as well. I should be allowed to insert a image of this copyright screen beside their list of other games as well.

I should be able to give hyperlinks to the respective videos showing footage to these games should i find these videos then.

I should be able to modify,update or remove any information on this page should i have the games or i have some and i am getting more as time passes on. Or i have found videos of them.

I should be allowed to midify these pages as i am adding 100% accurate information to them.

Retrieved from "https://bootleggames.fandom.com/wiki/User_talk:KAGEsk8?oldid=18282"
Community content is available under CC-BY-SA unless otherwise noted.