Wally Bear and the NO! Gang is a NES game developed by American Game Cartridges Inc. and published by American Video Entertainment in 1992.

The premise of the game is that Wally Bear is part of the NO! gang; it is his birthday and he has to invite all of his friends over. As with much 80's and early 90's media, the game promotes an anti-drug message.

The game is a side-scrolling platformer where you ride a skateboard and have to get to the end without crashing into too many enemies. 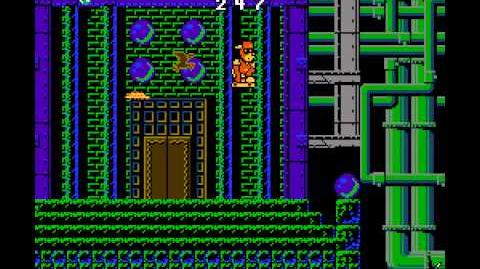 Retrieved from "https://bootleggames.fandom.com/wiki/Wally_Bear_and_the_NO!_Gang?oldid=38849"
Community content is available under CC-BY-SA unless otherwise noted.