Windows XP is a bootleg port of Microsoft Windows XP, released for the Famicom (most likely in 2003 according to the fake BIOS screen). The game attempts to replicate the Windows XP operating system. It is undumped. 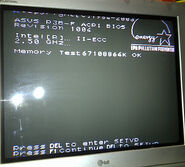 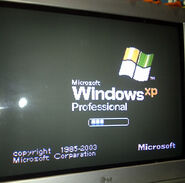 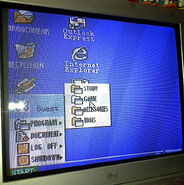 Desktop, Taskbar & Start Menu
Add a photo to this gallery

Retrieved from "https://bootleggames.fandom.com/wiki/Windows_XP?oldid=37764"
Community content is available under CC-BY-SA unless otherwise noted.