Xin Feng Shen Bang (新封神榜), also known as Feng Shen Yanyi 2: Gold Version [封神演義2 金版], is a Game Boy Color game in Chinese developed and published by Vast Fame and based off of a Chinese novel by the same name.

The game's a standard turn-based RPG, seemingly original unlike most of Vast Fame's titles. It seems to have some FINAL FANTASY influences, such as spells being equippable similar to the Materia in FINAL FANTASY VII. Many elements common in Vast Fame's games, such as fast walking speed and small mostly-linear overworlds, are present here. 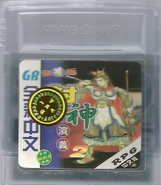 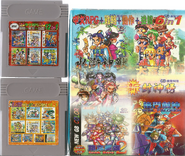